I whipped the whip cream by hand

My kids LOVE whip cream and so do I... except they love the one in a spray can while I L.O.V.E. a homemade whip cream made out of whipping cream. I usually buy the organic one in Costco and I use magic bullet to whip it up in a minute with zero force used from my side.
But the other day we were nowhere near civilization, vacationing in a deep forest, and all I brought there was a whipping cream... and no magic bullet. And the kids wanted waffles for breakfast. And there is no waffle breakfast without a whip cream.
That made me think about my grandma and what she used to do when I was a little girl watching her from beneath the kitchen counter... before there was a magic bullet. She used her own magic - her muscles. 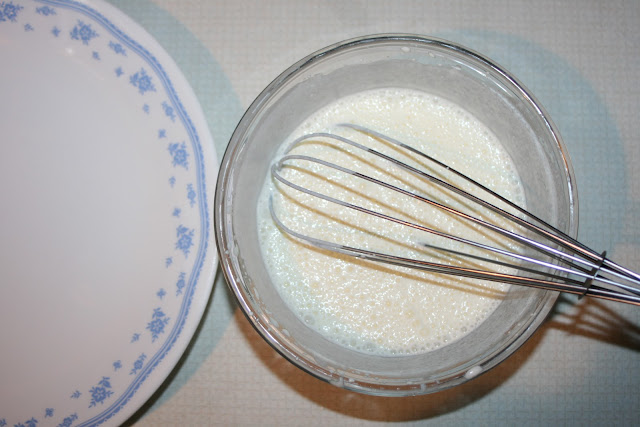 So here I was, starring at the bowl full of whipping cream thinking how possibly long can this take me. And I was not happy :-( But as always i realized that either I can whine here, looking at the bowl, or get to work. It doesn't take a genius to figure out, which way will get me closer to breakfast faster. 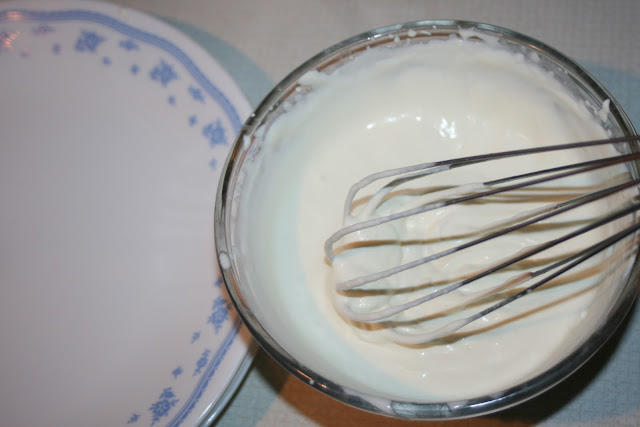 So I started whipping, and whipping (thinking about bootcamp workouts), and hoping that this will even work! After 10 minutes I took a well-deserved break, went to check on the kids, and continued to whip for another... 10 minutes. 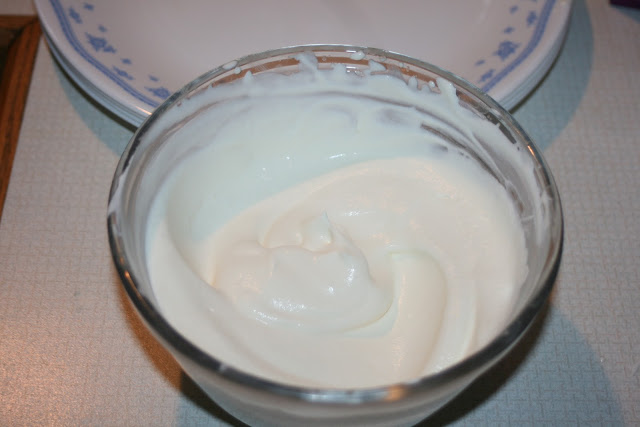 Wow, look at that consistency! It was perfect. I took a darker picture so you can see the texture of a whipped whipping cream! 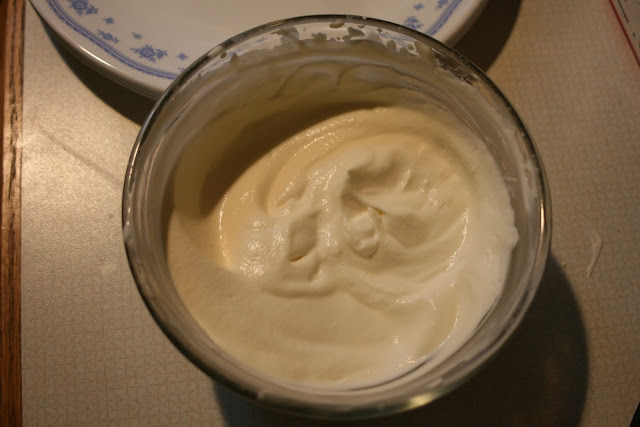 And didn't it look yummy on our blueberry waffles? 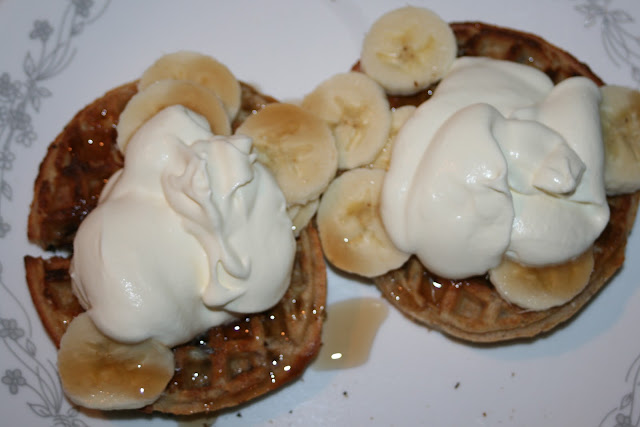