The beginnings in my vegetable garden

My vegetable garden is in full sprouts right now so I thought I would share some photos. This way I can also look back and see the progress. When I go there every morning, I see the same plants, being the same size. At least that is what it looks like.

Kale is this year one of my new veggies I am trying for the first time and so far it has been working out. I started it out inside in my glass house and it kept strong after being transplanted into the garden. 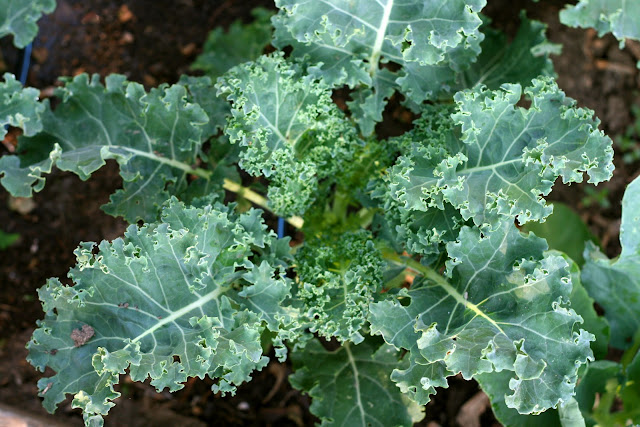 Spinach has been coming up nicely as well. I tried the 2 week planting method for continuous harvest. I planted 9 seeds the first week, then after two weeks I planted 9 more and I repeated this one more time.  This is the second batch, with some lettuce growing behind! 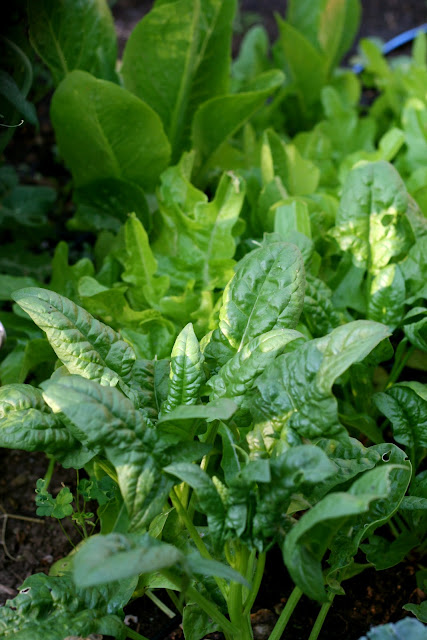 The green peas are surprising me everyday. This is the first year I planted those. I was a bit skeptical when I read to plant them very early straight into the ground. It was still freezing overnight. I wasn't sure what I was doing so I planted only few and now I wish I have done more. They are doing wonderful and the kids have enjoyed them for the past few days now! 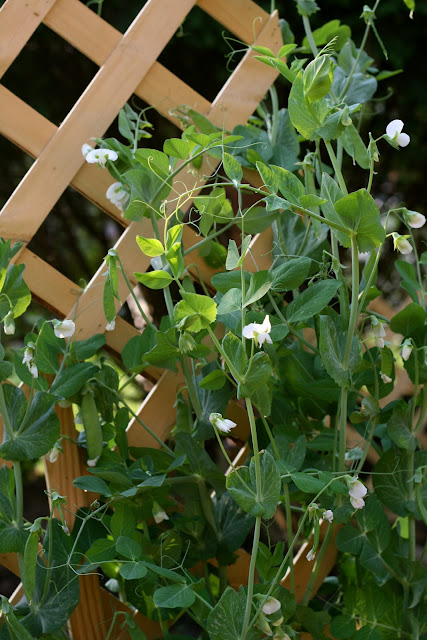 My leek is also picking up some growing pace. I started some inside (those are the bigger ones in the front) and I planted 2 rows straight into the ground as well just to see what happens. Both methods are paying of so far! 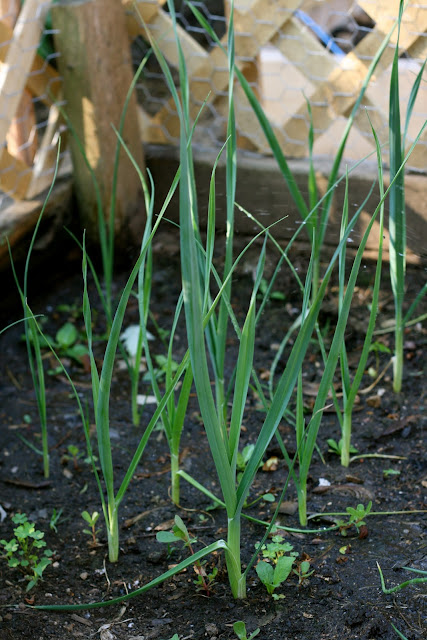 I grew my onions from seeds inside. When I transplanted them they looked dead, but picked up in a week or so. Now they are growing strong. This was also an experiment. 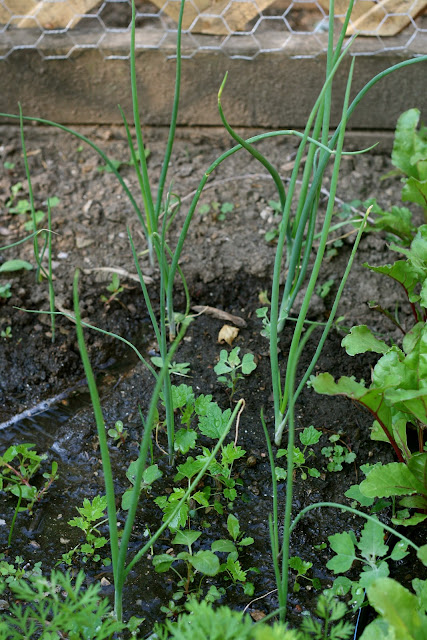 You cannot go wrong with red beets. I love to grow them and I love to use them as well. Last year I froze them for the winter and used them in a soup. I still have to go and transplant some because all of my seeds sprouted and now there are too many growing too close to each other. 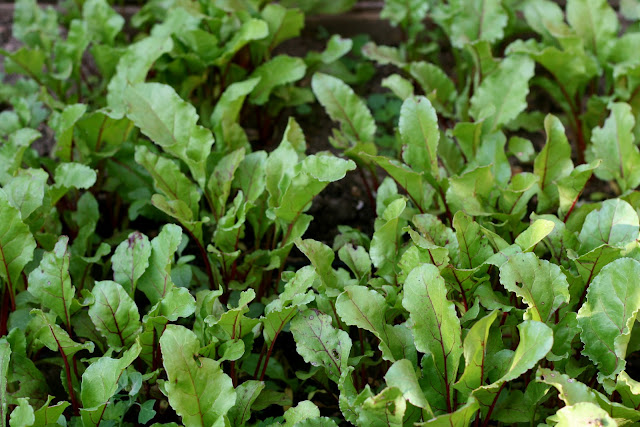 Oh, tomatoes! They gave me a headache this year. I tried to start them inside from seed and I made several mistakes. Few of them died after transplant but some caught up... slowly but they are finally getting stronger. I had to purchase some more and I also transplanted those that grew in the garden from my last year tomatoes that dropped on the ground. Yes, they survived the winter (I think it was in a frozen stage). 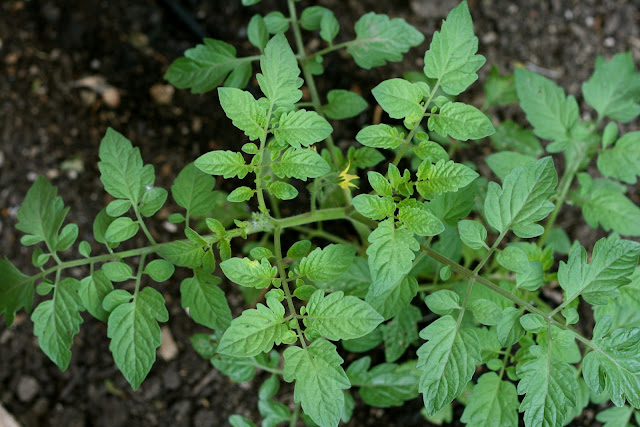 Edemame (soy beans) are another first timer in my garden. So far doing ok but only half of my seeds sprouted and the leaves are getting eaten by some bugs. 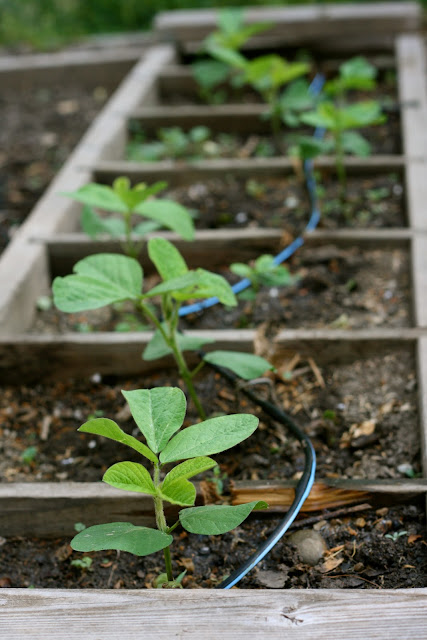 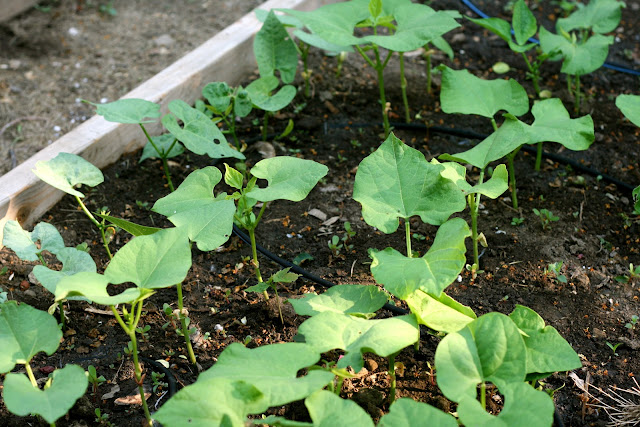 Climbing beans sprouted nicely but then half of them got nicely eaten by a rabbit :-( That really got me mad since I had hubby built me extra protection for my spring veggies and had no idea that the beans might be another favorite dish for a bunny. As you see, now the chicken wire is up! 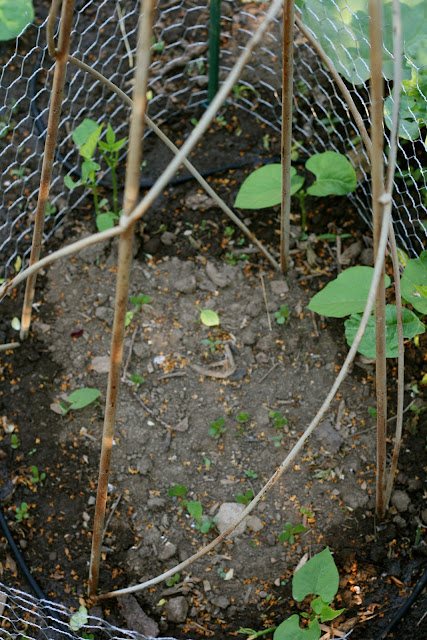 We will have raspberries for the first time this year!!! I am so excited as I got them from two of my friends two years ago and they underwent some drastic transformation last year. This year they are growing like crazy. 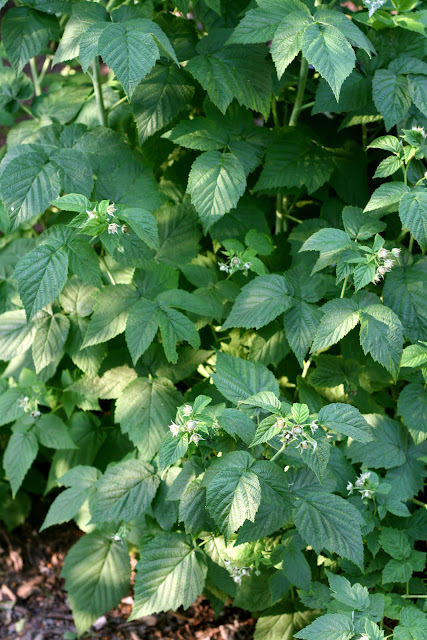 This red current sticks have been in the ground since last fall so we will see how they do this year. So far they are surviving. 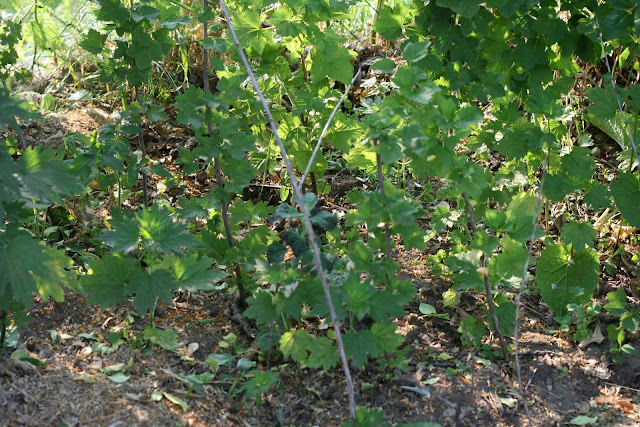 I thought I would take a picture of these red strawberries before they get eaten by the chipmunk that likes to come over for a treat. I need more protection in my garden!!! 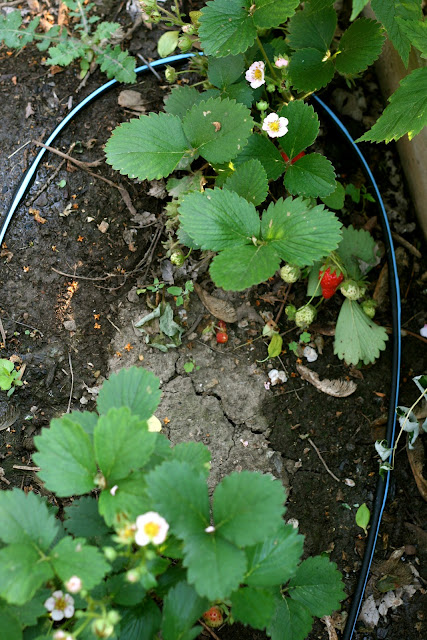 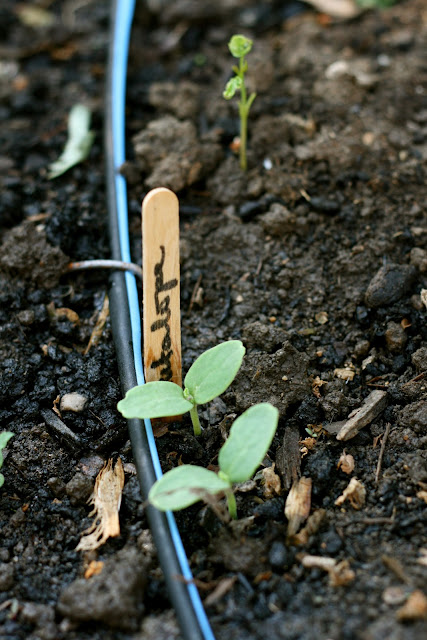 ... and some pumpkin plants. 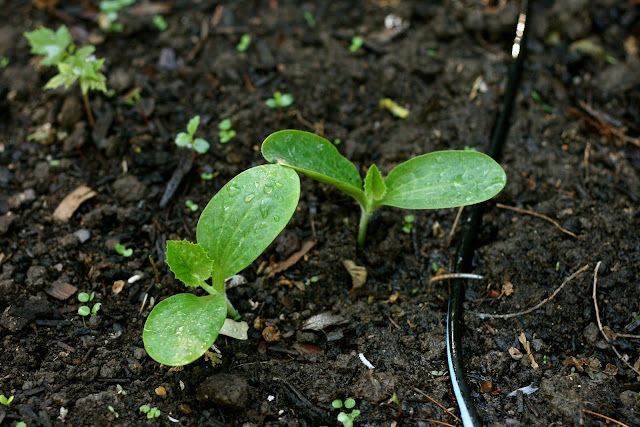 Pickling and salad cucumbers are coming out nicely. I have actually two plants coming up out of some spots. I will have to transplant them soon. 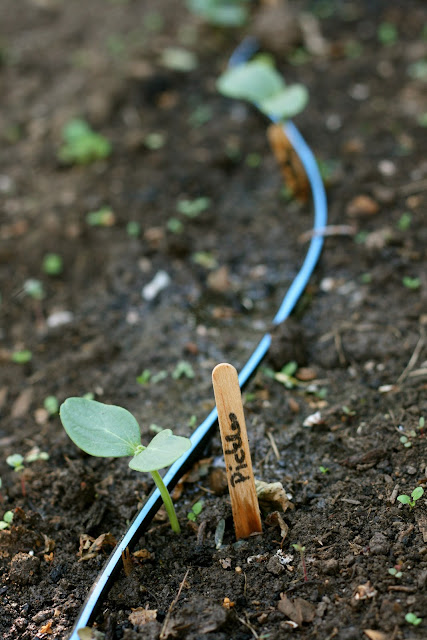 Potatoes are doing amazing. I have to keep up with the soil adding! 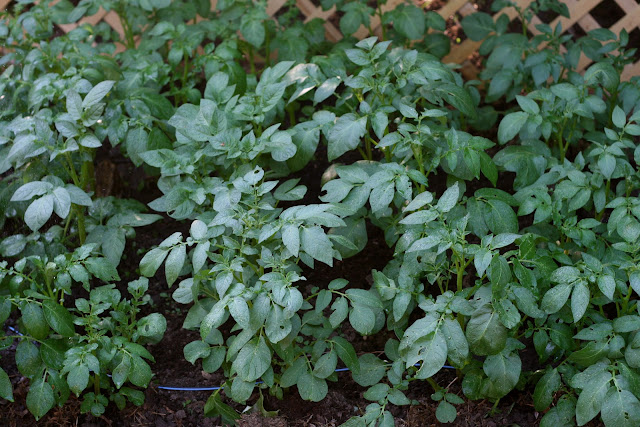 And the peppers are ok. Those that I started inside got their leaves eaten (I am trying to get to the bottom of this problem) so I had to buy some and I would like to see if they will keep up. 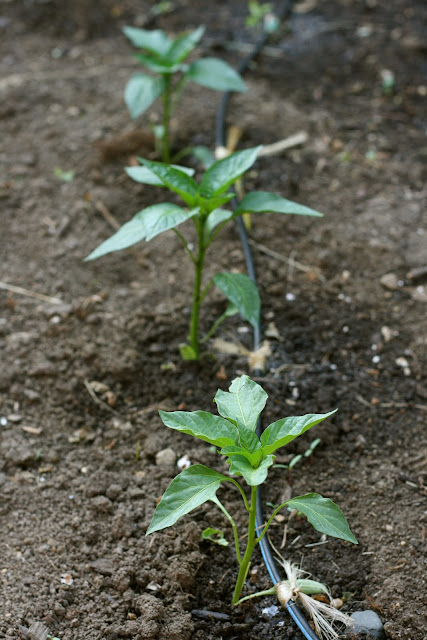 This is the eaten pepper plant. It is not dead, just not getting any stronger... 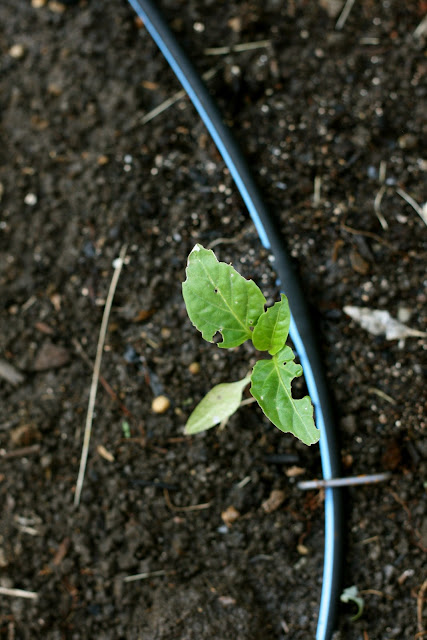 I hope you enjoyed my tour!

Bringing their creativity and attention to detail to bear, they both heard my ideas and contributed their own web design los angeles

Company needs to be each part of daily business and also act as a good marketing campaign device once the period is appropriate. Ways to measure success

Their increased understanding of the analytic application domain has improved the clarity and effectiveness of their communication with the client. Stoffwechsel Formel